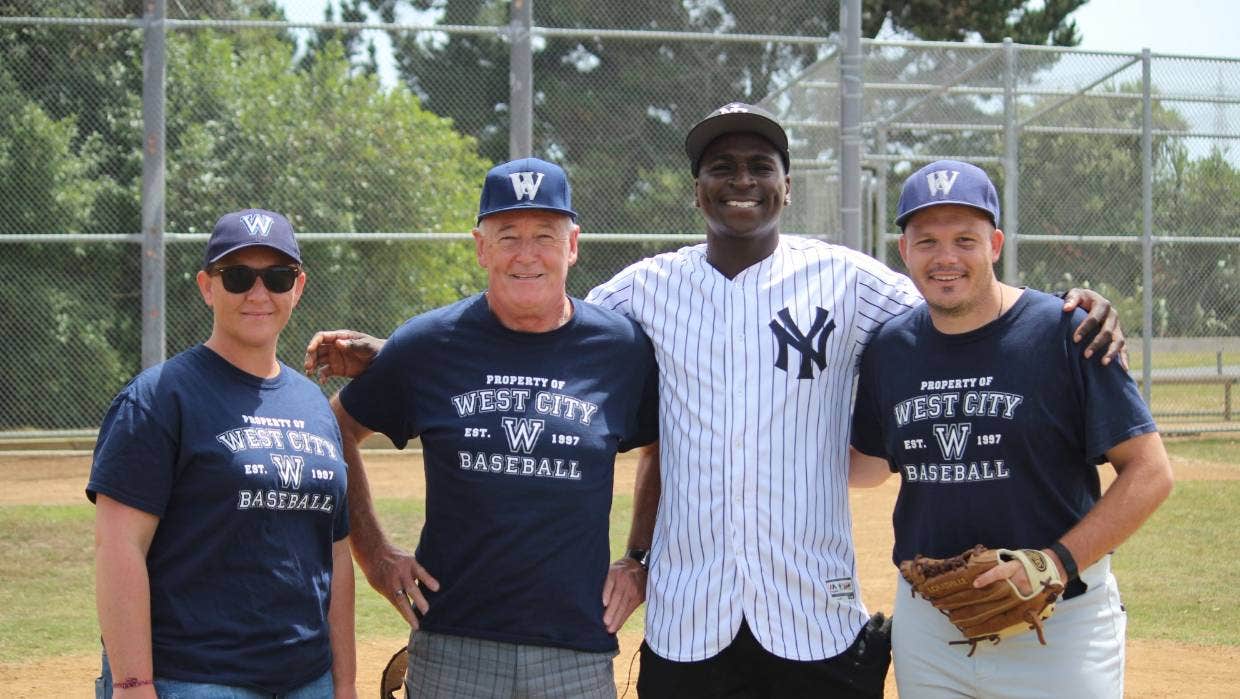 Marked as the replacement for one of modern baseball’s biggest names – Derek Jeter – the Yankees star showed why he is a hit on and off the field, giving tips, advice and wisdom to Auckland baseballers.

Selwyn, who plays at West City Baseball Club, couldn’t hide his excitement as Gregorius gave tips on fielding in the diamond.

“I’m learning all about positioning, picking up the ball and having a fast arm swing,” Selwyn says.

The budding baseballers were divided into their respective positions, including fielders, pitchers, catchers and shortstops as Gregorius roamed the diamond, giving tips and advice to players as they took the opportunity to strut their stuff in front of the Major League Baseball star.

The 26-year-old demonstrated how fielders should pick up a low ball up off the ground, and throw it flat and hard to a base fielder or catcher.

Then, from home plate, Gregorius gave tips around feet position, arm swing and body movement to every batter that stepped up to the batter’s box for a hit.

“There’s a whole lot of learning going on – [such as] weight distribution in the body, tips to fine tune the pick up on the low ball and getting ready to offload a quicker ball onto first or second base.”

The Dutch international brought the youngsters into a team huddle, sharing his wisdom on how to get into game mode and his routine for walking up to the batter’s box, but not before showing his renowned hitting power – smacking balls all over McLeod Park that would be a home-run in most baseball arenas.

Gregorius finished the day by signing autographs, taking selfies and chatting to the youngsters. He says he was impressed by what he saw during the session.

“There’s a lot of talent out here.

“It’s nice to see everybody come together and practice,” he says.

“It’s a great turnout. These days are worth it to see the the kids’ faces.

“The whole idea of this is to promote the game, teach the finer points and inspire children,” he says.

Featured in Stuff – CLICK HERE for the online story